I'll say it upfront: I don't think most diets work. 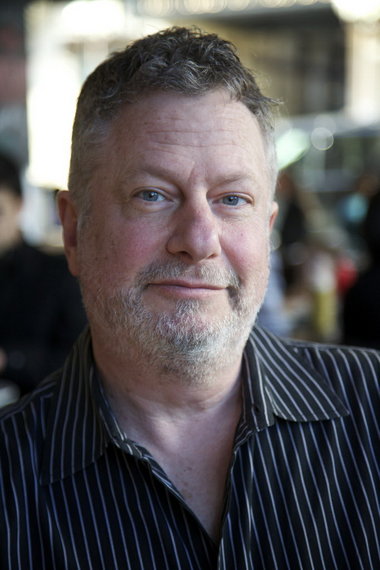 I’ll say it upfront: I don’t think most diets work. There are people — with severe problems like advanced coronary disease, celiac, major intolerances, etc. — who need to be on very restrictive diets. OK. But for the rest of us, from all my research and observations, diets just don’t work.

Sure, at first you tend to lose a bunch of weight — Yee-hah! But before you can say “Paula Deen,” it’s creeping back on again, and then some. Why is that?

I think the answer has to do with the fact that with most diets you’re always hungry. And what’s worse, when you do finally get to eat something, it’s rarely something you enjoy eating. There’s all that delicious food out there, and what do you end up with? A celery stalk and some brown rice. Washed down with some green tea. Blech!

Food is one of life’s great pleasures. It can soothe the soul, enhance romance, stimulate the mind, lift your spirits, please the senses. It has inspired great art and literature and served as a platform for diplomacy. Surely we weren’t meant to ignore the wonders of the culinary universe just to drop a few pounds and clean out our arteries?

OK, that being said, I find myself in the position — like many of us — of having for too long abused a basic tenet of that universe: Thou Shalt Not Partake of Too Much of a Good Thing. Which is why I find myself in the shape that I’m now in, and why I have to even consider the question of diets.

So what’s a boy chef to do? Naturopath Dr. Martin Milner explained that it’s not diabetes per se that kills you. It’s the things diabetes can cause — heart disease, circulation problems, blindness, to name a few. Then — with a straight face, I swear — he strongly advised me that I should go on a strict, plant-based (aka vegan) diet, with a mere 10 percent of my calories from fat. That diet being the only one that has been clinically proven to reverse heart disease, among other benefits.

After my initial chuckle, I realized he was serious. I think the premise is that, if I were to go on this diet, I could expect to live a healthy, normal life until the ripe old age of 112. I explained that: 1) I really only want to live to 95 or so, 2) I disdain diets for the above reasons, and 3) I truly believe that life isn’t worth living if it is without at least some of the flavors and textures I’ve come to adore. And I hope — with the Doc’s guidance, some planning and willpower, and some inspiration — I can come up with a way of eating that will be both healthy and satisfying. I can have my cake and eat it. Well, minus the cake.

So that has become my quest.

It has to be. I look at it this way: I either get my dietary and fitness act together in a way I can live with, still able to enjoy the food I cook and consume, or it’s off to vegan hell for me, and a life filled with sausage substitutes and groats. So I am taking up the gauntlet.

So far, it hasn’t been easy. But it hasn’t been nearly as hard as I thought it would be. The first thing I did was to sign up for one of those free iPhone mobile apps. This one is called MyFitnessPal.com. I don’t know if it’s the best one, but it was the first one listed and the most downloaded and I wanted to get on this right away. The principle is that you create a profile with your vital statistics, goals for weight loss, daily calorie consumption, targets for ingestion of fat, protein, carbs, salt, etc. You enter your exercise regime, if any, for which the program figures the calories burned and adds that into the equation. Then you enter everything you eat each day. Everything. It has a huge data base that for the most part will have the breakdown for whatever you could possibly eat. They had my preferred brand of Thai fish sauce, every conceivable variation of Dave’s Killer Bread, Mama L’il’s Peppers. Even the brand of buckwheat soba noodles I was using. If they don’t have it, you enter it, using the nutritional information on the package.

Once you’ve plugged in all the information from the day’s consumption, it spits out the total number of calories consumed, broken down into all its nutritional components. Finally, it figures in your exercise “burn,” then calculates your potential weight loss. The site has all sorts of other tools — such as the ability to log your own recipes — along with a social component should you want to share your experience with your “friends.”

The benefit of such a program is that it forces you to consider everything you eat, and what each thing contains nutritionally. That was eye-opening, to say the least!

I’d never really thought much about what I consumed. Mostly, I ate what tasted good, without regard for calories, fat or salt content, or the cumulative effect of it all. Sure, I consumed my share of salads and veggies, figuring that, in total, I was getting the nutrients I needed. Which I was. Along with ungodly amounts of fat and salt and sugar from the countless burgers and sodas and bacon and fries and chips and ice cream and, and … Jeez, this is making me hungry!

But the bottom line is that I am now paying the price for years of ignoring good nutrition. And something has to give.

Next week I’ll discuss how my eating habits and attitudes toward food have changed. And how I’m really enjoying it.

Next: Part II – Eat your vegetables!

Any questions about Ken’s regimen or, well, anything? Email him at kgnyport@aol.com